Professor Tom Stevenson has presented exciting demonstrations about engineering and communications for over twenty years, right across Scotland and especially at the Orkney International Science Festival where he was an inaugural presenter.

Born and brought up in Orkney, he attended Stromness Academy before going on to study physics and instrument design at the University of Aberdeen. He had the privilege of being taught by Professor R.V. Jones who had been an adviser to Winston Churchill on scientific intelligence during the Second World War.

Tom has been involved with the Museum of Communication in Burntisland, Fife, for over 20 years, having been a colleague and friend of the founder of the collection, Harry Matthews.

He has been active in communicating science for many years through Museum activities and by taking part in Science Festivals at various locations from Carlisle to Aberdeen, developing numerous lecture/demonstrations on topics from superconductivity and energy technology to early radio at sea. He has taken an active part in the Orkney International Science Festival each year since its founding in 1991. 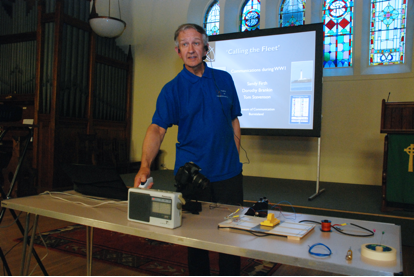