Howie Firth has directed Orkney International Science Festival, one of the longest-running anywhere outside Edinburgh, since its foundation in 1991. A mathematical physicist by training, he has experience in teaching, broadcasting, writing, and community development. Spare-time interests include playing traditional music.

After graduating from Edinburgh University, where his teachers included Nicholas Kemmer and Peter Higgs, he carried out postgraduate research at Durham University with Euan Squires. He took a break from physics to become a travelling teacher in the smaller island schools of his native Orkney. Interest in community development took him into broadcasting and a pioneering new type of community radio station, BBC Radio Orkney. In 1989 the city of Edinburgh gave him the responsibility for creating the science festival format which is now followed worldwide. 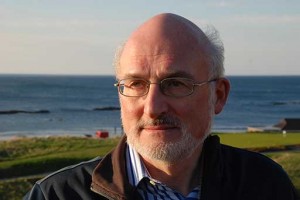 He moved on to assist other areas, in particular Orkney which has become known for the range and quality of its participants. Awards include an honorary degree from the Open University, an award from the Institute of Physics, and an MBE for services to popular science in the UK.

He has lectured in 11 countries and written widely, and has a particular interest in the history and philosophy of science.

For more on the Orkney International Science Festival, see http://www.oisf.org/