Sue Stocklmayer has devised themed science shows with universal appeal. Her concern for gender and cultural inclusivity has led to innovative demonstrations and unique scripts which have widened the appeal of science shows for a variety of audiences around the world.

Sue grew up in Zambia, graduating in physics and chemistry with honours from the University of London. She spent 12 years in Zimbabwe where she helped to direct the country-wide ZimSci program. She emigrated to Australia in 1982. As a very mature-age student, she received her masters and PhD degrees from Curtin University in Western Australia and in 1996 she joined the ANU. CPAS has a large graduate and undergraduate program in science communication and conducts research at the interface between science and the public. Sue co-edited and co-authored the first international textbook on science communication in 2001 and a follow-up Reader (2012). She was appointed to Australia’s first Chair in Science Communication in 2011.

Sue received the Order of Australia (AM) in 2004 for services to science communication.

Sue is the scriptwriter and presenter of science shows with whimsical themes and is especially concerned with gender issues in science. She has presented shows and workshops on all five continents.

For more about CPAS and science communication in Australia, see
http://cpas.anu.edu.au/ 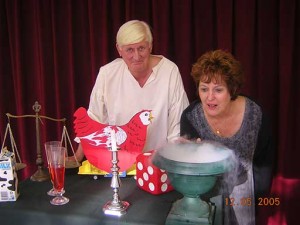 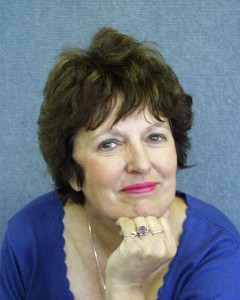